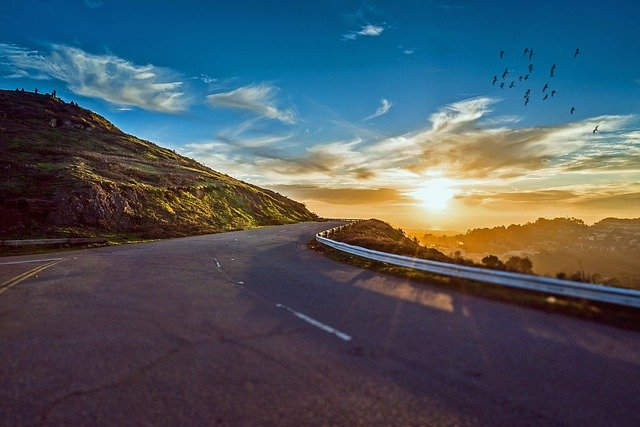 The road trip has become a hugely popular way of travelling in recent years, or arguably (given its totemic status in mid-20th Century pop culture) has come back into fashion. It’s not hard to see why, either, as this way of seeing the world has a lot to offer.

You have perfect control of your itinerary, don’t have to pay the high premium for pre-arranged travel, and can choose to travel alone or with a chosen group of friends or family. You can take a short road trip around nearby cities and regions in around a day, or go for something more ambitious that takes in far-flung destinations. It’s all up to you.

It’s the latter form of road trip that we’re going to look into today – those far-reaching odysseys that start in one place and end in your chosen destination, but can have dozens of stops along the way if you want them to.

More specifically, we’re going to look at how to get the most from them and mention a few possibilities for ideal road trips that you can take on a budget that compares favorably with an operator-booked trip like a cruise or a multi-stage tour.

You don’t need an itinerary, but you should have one

It’s entirely possible, if you’ve made the prior arrangements, to get in your car in one place and decide to just hit the road and see where it takes you. It is better, however, to have a destination in mind, as driving without direction can end up meaning that you miss out on some worthwhile stops along the route.

The ideal road trip itinerary depends a lot upon your own preferences, but as a base, it should have a start point, an endpoint and a deadline for when the trip should be finished. This, obviously, should allow for time to make the return trip – although this can be quicker than the outbound journey as it will have fewer curiosity stops.

You may find, if you plan it out too much, that a road trip can end up leaving you wanting more; if you’re driving from Paris to Warsaw, for example, you might find a stop-off in Lille to be enthralling, but if you’ve inked in an arrival in Brussels at a certain time and date you’ll need to rush your stay in one spot.

Keeping it acceptably vague means that you can draw and redraw the map as you go. It’s best to have a few guidelines in place, but not be ruled by an itinerary that says you have to be in a certain place at a certain time.

Make sure you won’t run into legal or regulatory troubles

This isn’t about reckless driving or how you behave en route – let’s assume you can be trusted not to do anything that might get you arrested here. What this tip refers to is the legal permissions that allow you to travel at all.

If you’re hoping to take the Great American Road Trip across the USA, then there shouldn’t be too much to worry about – getting a visa waiver at esta-america.com will allow you 90 days of relatively unrestricted time in the USA, and there are no issues driving from Illinois into Indiana, or across state lines in general. Just keep an eye out for changes in the speed limit that may arise.

If it’s a pan-Asian road trip, there may be more technicalities you need to be aware of. Be aware of which borders you intend to cross, where, and find out if there are restrictions on entering any of these countries. Sometimes, countries in political disputes will deny entry to people who have been to the country with which they are in dispute.

On a different front, if you’re driving in Africa, be aware that some countries drive on the left – those are the ones at the Southern end of the country – while most of the continent drives on the right. Know in advance when you’re crossing from one into the other.

Think carefully about how you spend money

Naturally, having a budget and sticking to it is important on a road trip – you’re en route for a long time, and you don’t want to run out of money especially if you’re staying in hotels. So it is essential to think about when you spend money.

It’s also important to give a lot of thought to where you spend it. This may even help you decide where some stops should fall on your itinerary.

As an example, as you get further east into Europe, there are some surprisingly large differences in the cost of living – which also means the cost of eating, drinking and sleeping. In and around Graz, in Austria, you can expect to pay twice as much for a meal in a restaurant as you will in Budapest, capital of Hungary, which is a few hours further east.

If you’re planning to see both cities, this might help you decide which one to stay in for a night. That’s especially true given that the prices for hotel rooms reflect this cost difference.

Finally, it may seem obvious that if you’re planning to go somewhere, you’ll read up about it beforehand, but in the days before travelling this is all the more important.

Keep a keen eye on the news where you’re going, and it wouldn’t be a bad idea to check Twitter updates as well. This helps you know whether there are any major civic events happening – which is useful to know both in terms of giving you the chance to experience them, and the opportunity to avoid traffic that may result.

Similarly, if there is unrest or protests in a certain area, it is best for a tourist to avoid those areas altogether.

A long road trip can be an incredible, varied holiday filled with fun diversions and crossing into several (very) different ways of life. As long as you make the right preparations, the chances are it will be the best holiday you ever take.